Witnessing Joe’s journey to the top was nothing but inspirational; Someone coming from the gutter and fighting his way up through obstacles that at times seemed impossible to overcome. Everybody loves an underdog story.

But what caught my eye about Megalo Box however, was death. Like, it’s literally on every episode title. But why? We were introduced to three characters who were on the brink of death at some point: Joe, Aragaki, and Yuri. Whether it was confronting it straight on, avoiding it, or flirting with it for dance of a lifetime; these three characters all found a way in order to live through the omnipresent threat of death.

Joe, is the protagonist of Megalo Box, comes from the underground. He had nothing going for him because he has been stuck in the lowest end of society for so long. Joe always had thoughts of committing suicide. This is illustrated from Joe’s multiple attempts of riding his motorcycle to a cliff and even on the bridge, but the reasons behind his train of thought were understandable. People usually resort to suicide when they’re at their lowest point. To Joe, there’s nothing else this cold world he has been a part of for so long had to offer to him. He was a stray dog with virtually nothing else left to lose in his life. Every time he was told to throw a match for money, his feelings of unfulfillment and frustration would come out.

But he does have one thing that keeps him afloat: his love for Megalo Boxing.  All he desires is to find a worthy opponent since all the underground Megalo Boxers he has faced are incompetent. But how could he possibly do that if he is stuck in this loop of throwing matches? 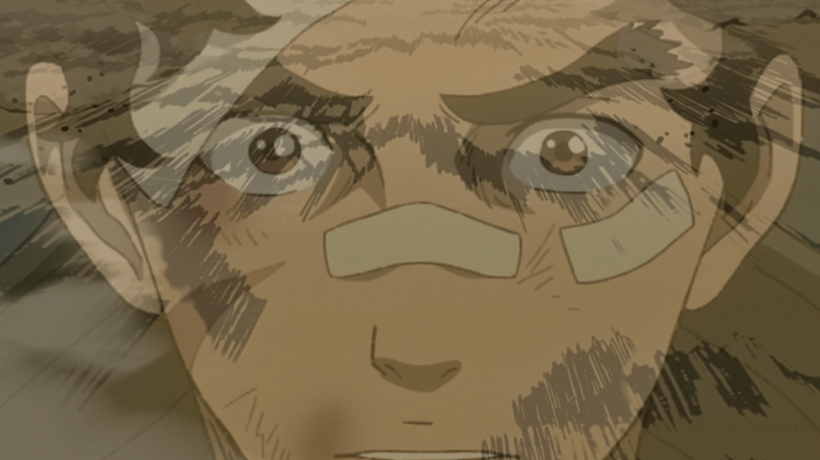 Every time he tries to commit suicide, it looks like he has accepted defeat but something is holding him back. That’s why he was still holding on to that glimmer of hope that maybe someday, he will finally find someone that will give him the thrill of fighting. And later on, he did find that person who ignited that fire deep within himself. After a confrontation and a childish fight, the number one Megalo Boxer shows up in his home ring. Joe might have gotten his ass beat and put in his place, but to him this was a life-changing event. Someone who once was so eager to die found a reason to live.

Aragaki was someone who was forced to face death. As a veteran of the war, he almost lost everything from a bombing. And even after surviving it, he still lost both of his legs. However, Aragaki was reported killed in action which brought about Nanbu closing down his gym. Aragaki ended up not having anything to come home to, which affected his already bad mental state. 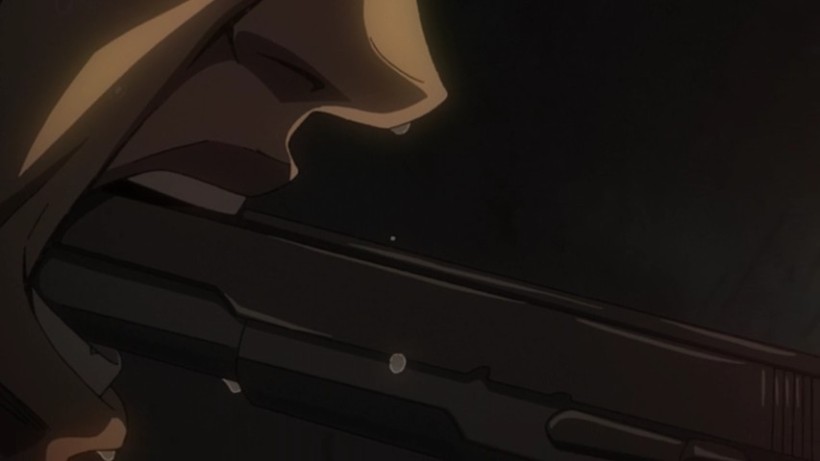 We even find out that Aragaki tried to take his own life. I find this very realistic and also a topic that isn’t that prevalent. Veterans mostly die from suicide and not on the field. The horrific sights they have had to experience will forever haunt them and the only way to stop it is to take their own lives. Aragaki was not foreign to this. The memory of being almost killed by the bomb, losing his legs, and the place he used to call home being taken away from him weighed down on him greatly. But yet, he found a reason to live on. In the end, Nanbu prevented him from committing suicide. With the help of his allies, Aragaki finds a new reason to live after finding closure and moving on from his past.

Yuri was the number one Megalo Boxer in the world. He always believed in the fighter and not the Gear. As a result, he decided to get his Gear removed in order to fight Joe. He knows that this is dangerous, yet he pushes for it anyways. Yuri was there to witness Joe’s journey from that illegal fighting arena, throwing matches against fodder to barely get through life, to him fighting professional Megalo Boxers with no gear at all. He has seen Joe risk his life on the ring against more powerful opponents and he wants to reciprocate that out of respect.

To him, Joe was the most worthy opponent to the point where he is willing to sacrifice his future just to fight him fair and square. After all, the person that taught him Megalo Boxing once told him,

“If you are lucky enough to run into a fighter who you want to win against, from the bottom of your heart, consider yourself blessed.. Never let him out of your sight.”

He went through hell for days after the operation even refusing painkillers because if he used it, then he doesn’t deserve to fight Joe. He wanted to go down a somewhat similar path that Joe went through to get to the top. This operation might have sapped away his stamina and strength, but at least he doesn’t have the unfair advantage of Gear.

Even though Yuri crippled himself from his decision, in the end, it was all worth it. He was given the opportunity to fight someone he passionately wanted to win against. That night was him living the best moment of his life at the cost of his future. For him and even for Joe, they found what they were looking for: a dance partner in the ring. 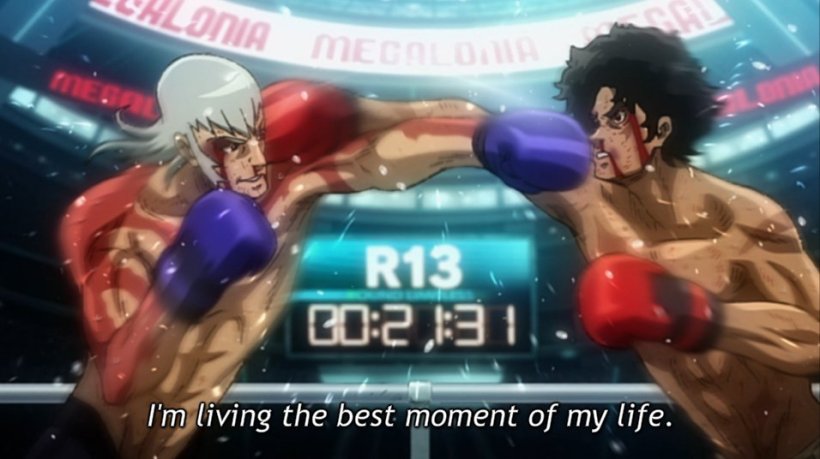 All three characters were on the brink of death at one point. But from that point forward, they found a way to live their lives satisfied so that they will not fear death or regret anything when it comes.